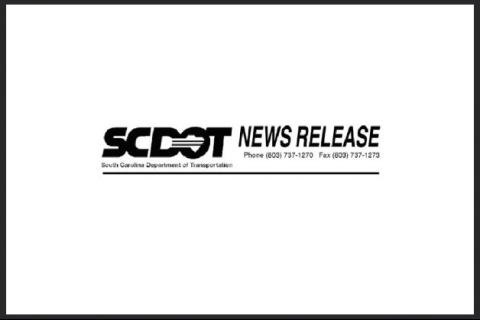 The South Carolina Department of Transportation (SCDOT) and its partners have launched a public information and education campaign to raise awareness of the safety benefits and the need for rumble strips and paved shoulders to reduce run-off-road crashes.

More than half of all fatal crashes in South Carolina involve a vehicle running-off-the road.  A run-off-road crash occurs in South Carolina every 30 minutes on average, and one person dies in one of these crashes every day.
South Carolina Secretary of Transportation H.B. “Buck” Limehouse Jr. was joined at a news conference in Columbia on Aug. 26 by partners who have played a key role in the development of the campaign by providing additional funding or resources.

Scheduled speakers in addition to Limehouse included Bob Lee, Division Administrator of the SC Division Office of the Federal Highway Administration (FHWA); Greg Cohen, Executive Director of the Roadway Safety Foundation; and representatives of families who have experienced the tragedy of a run-off-road crash.

Lee said during the last five years, (2004 – 2008), 54 percent of all the fatalities reported in South Carolina involved a roadway departure crash. A total of 2,794 people died in these crashes.  “These numbers are why FHWA selected South Carolina to be an ‘opportunity’ state or focus state to reduce roadway departure crashes,” Lee said. “Your state has received specialized training to help in this regard, and this designation is also one of the reasons that South Carolina received funding for this project.”

Limehouse said SCDOT’s research has found that one of the most cost effective traffic control devices to reduce run-off-road crashes is rumble strips. Rumble strips are raised or grooved patterns in the pavement.  SCDOT also uses profile thermoplastic pavement markings.  Drive over either one of these types of rumble strips and a car will vibrate and the tires will become noisy.

“Rumble strips are alarms to help drivers recognize, react and recover if they drive out of their lane.  Rumble strips can cut the number of run-off-road crashes by up to 80 percent.  That’s why SCDOT is adding them to roads across the state,” Limehouse said. “When you see rumble strips on the highways, recognize the rumble strip is there for your safety, react calmly if you leave the travel lane and encounter a rumble strip.  Stay off the gas and off the brake. And recover safely, using the techniques that you will find on our web site, www.scdot.org.”

The project is funded in part by a grant from the Roadway Safety Foundation (RSF), a non-profit headquartered in Washington, DC.  “South Carolina was only one of six jurisdictions to win a technical assistance grant from the Roadway Safety Foundation,” said Greg Cohen, Executive Director of RSF.  “We are confident this educational campaign will raise awareness of the causes of run-off-the-road crashes and educate motorists about the importance of rumble strips in preventing such crashes.”

“Michelin elected to participate in this video because it is in keeping with one of our corporate values, safer mobility,” said William A. Crank Senior Community Relations Manager. “The problem of run off the road crashes is not limited to South Carolina, our region or even the US, so we are pleased to have been a partner in the production of this video carrying a message of awareness and safety to all viewers.”

“Incorrect driver response to driving off the pavement edge can worsen an already dangerous situation,” said. AAA Foundation President and CEO, Peter Kissinger. “We are pleased to partner with Roadway Safety Foundation, South Carolina DOT and Michelin to educate drivers on the proper action to take.”
Photos of the news conference are available at the following links:

http://www.scdot-transfer.org/scdotphotos/RRR/Presley.jpg
Presley Melton, left, speaks about a run off road crash in which she was seriously injured. Melton spoke during SCDOT’s “Recognize-React-Recover” campaign launch on Aug. 26 to  publicize the use of rumble strips to prevent run-off-road crashes.  From left are, Presley Melton, her father Bruce Melton, Mike Sease and Cindy Sease. Mike and Cindy Sease lost a daughter, Kelsey Schumpert, to a run-off-road crash in 2005.

http://www.scdot-transfer.org/scdotphotos/RRR/Sease.jpg
Cindy Sease of Rock Hill discusses a run-off-road crash that killed her daughter, Kelsey Schumpert, in 2005. Sease was one of the speakers during SCDOT’s “Recognize-React-Recover” campaign launch on Aug. 26. The campaign publicizes the use of rumble strips to prevent run off road crashes.  The campaign includes the airing of public service announcements across the state.