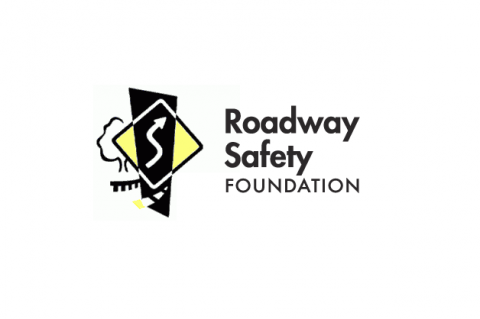 The Roadway Safety Foundation is a 501(c)(3) nonprofit educational and charitable organization chartered in 1995 by the American Highway Users Alliance.

The Foundation’s predecessor organization, the Automotive Safety Foundation, dates back to 1937 when it was created by automobile and allied industries to coordinate highway safety activities and place the industry effort on a permanent basis. Later in 1966 The Highway Safety Act of 1966 established the National Highway Program Safety Standards, laying the groundwork for federal-state-private sector partnership in traffic crash reduction.

Since then, RSF has worked with private- and public-sector safety partners to reduce fatalities and serious injuries attributed to roadway conditions.

Our mission is to reduce the frequency and severity of motor vehicle crashes, injuries, and fatalities through improvements to roadway systems and their environment. To achieve this, RSF seeks to:

The physical characteristics of America’s roadways can be improved through design and engineering, operating conditions, removal of roadside hazards, and the effective use of safety features. RSF works by building awareness through media campaigns and outreach activities, developing educational materials, and forming roadway safety partnerships between the private and public sectors.

An Advisory Committee of public- and private-partners meets throughout the year to guide and oversee programs that support RSF’s mission and goals.

Anthony R. (Tony) Giancola, P.E., former Executive Director of the National Association of County Engineers (NACE), was unanimously elected as the new Secretary of the Roadway Safety Foundation Advisory Committee in February 2008.  Tony has been an active member of the RSF Advisory Committee since its inception in 1995.  He has also served as a judge of the joint RSF/Federal Highway Administration National Roadway Safety Awards Program every year since its inception.

(Representation on the committee is available only to contributing members. Not a member? Learn more about membership.)

The Roadway Safety Foundation is led by Gregory M. Cohen, P.E. As the Executive Director, Cohen is responsible for managing RSF's multiyear cooperative agreement with the Federal Highway Administration, and working with the Foundation's Board of Trustees and Advisory Committee to provide overall direction and leadership of RSF activities. From 2002 to 2019, Cohen also served as the President and CEO of the American Highway Users Alliance, the organization that chartered the Roadway Safety Foundation. Prior to joining The Highway Users and RSF, Greg served as a professional staff member of the House Transportation and Infrastructure Committee on the Highways and Transit Subcommittee where he was responsible for oversight of the Federal Highway Administration’s implementation of the1998 highway bill, TEA 21. As a licensed Professional Engineer, Greg’s primary role on the Committee was to provide policy assistance in areas of highway planning, engineering, and construction. Cohen worked on legislation to eliminate highway funding cuts and streamline environmental reviews and coordinated oversight hearings that laid the policy groundwork for the 2005 highway bill, “SAFETEA-LU”. Before joining the Committee, he served as a Highway Engineer with the Maryland State Highway Administration where he managed capital project planning studies for major highway and multimodal projects. Greg has a Bachelors of Science in Civil Engineering and Master of Engineering in Transportation Engineering and Planning from the University of Maryland at College Park.

As RSF’s Managing Director, Bruce Hamilton is responsible for day-to-day oversight of Foundation activities and execution of its grants and cooperative agreements. This includes developing and managing programs that promote safer road design, educating road users, and sharing best practices with transportation officials and community leaders to aid in reducing traffic fatalities through infrastructure enhancements. Hamilton holds a Bachelor of Arts degree in International Relations from Tufts University and a Master of Public Health degree from the George Washington University's Milken Institute.  He previously worked at the AAA Foundation for Traffic Safety, the U.S. State Department's Foreign Service Institute, and as a Program Assistant here at RSF, during which time he authored the current version of the Roadway Safety Guide.

RSF’s programs are funded by grants, sponsorships, membership contributions, and donations from others who share the Foundation’s life saving mission.

To make a 100% tax deductible contribution to RSF