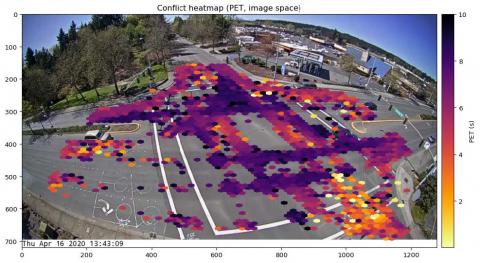 Prevailing practice in road safety management is generally reliant on crash reporting undertaken by responding law enforcement officers. While useful, this type of data has inherent limitations, not least of which being that it is reactive. Transportation agencies, for example, often only identify dangerous hot spots after years of crash reports indicate some kind of anomaly about the location.

The Vision Zero movement, with its goal to eliminate fatal and serious-injury collisions, encourages communities to build a future in which validated, data-driven preventive steps can be taken long before crashes, deaths, and serious injuries occur. One promising approach, traffic conflict analysis, leverages cloud computing, artificial intelligence and video analytics, and offers predictive insight into when, where, and why crashes are most likely to occur.

The City of Bellevue, WA, a Vision Zero community, was an early adopter of these proactive safety techniques, forging multiple technology development partnerships to convert raw video footage from its existing traffic camera network into flow, speed, and conflict event data. In addition to identifying conflict hot spots – often in one week of data collection versus many years of crash report documentation – video analytics offer rapid insight on whether a countermeasure achieves a favorable outcome. For example, Bellevue made traffic signal operations changes at 124th Avenue Northeast and Northeast Eighth Street, compared before-after video analytics data, and confirmed that there was a 60 percent reduction in critical conflicts. Completed in
just two days, this study showed a very favorable return on investment for a $10,000 project.

Given the success of Bellevue’s video analytics efforts to date, in 2021 the City began applying these proactive safety techniques to its high-injury network corridors, integrating conflict analytics into the road safety assessments (RSA) it conducts to identify and prioritize projects.

“While the technology is complex and cutting edge, the result is simple to understand,” said Andrew Singelakis, Bellevue’s Transportation Director. “We want to help people avoid the pain that results from a preventable crash." 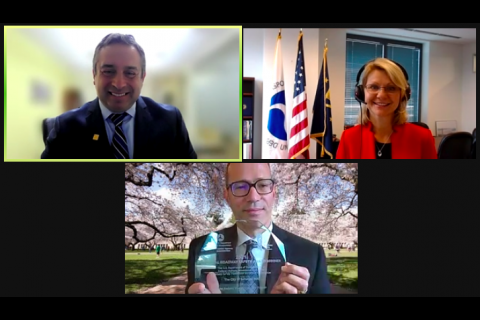