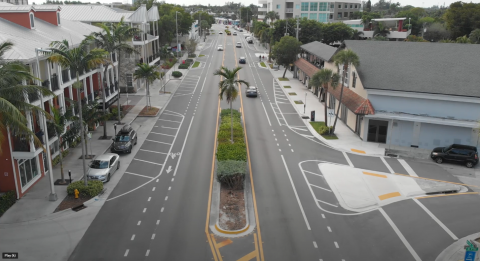 The South Florida Region – including Broward County – has the highest number of total pedestrian fatalities in the entire nation (1,675 from 2010 through 2019). An example of this problem can be seen along the Wilton Drive corridor in Wilton Manors, FL, known locally as “The Drive.” Home to multiple attractions and employment opportunities, the corridor has also been the scene of a disproportionate number of injury and fatal crashes. From 2017 through 2018, the corridor experienced a total of 44 crashes, which caused eight severe injuries and one fatality.

To reverse these trends, the Broward Metropolitan Planning Organization (MPO) developed the Broward Complete Streets Master Plan (CSMP). The Plan is highlighted by a Demand and Equity analysis conducted to select priority areas for improvement that demonstrate a relative need for transportation investments based on concentrations of historically vulnerable populations, combined with a greater number of everyday destinations.

Along The Drive, the MPO worked together with the cities of Wilton Manors and Fort Lauderdale and the Florida Department of Transportation (FDOT) to develop the Wilton Drive Complete Streets project. Prior to the redesign, The Drive included four 12-foot vehicular travel lanes with turn lanes in the painted median, which encouraged higher speeds and negatively affected safety. The Complete Streets effort included the elimination of one vehicular travel lane in each direction to provide bicycle and pedestrian enhancements. These included 7-foot buffered bike lanes, mid-block crossings, raised medians, wider sidewalks, pedestrian lighting, and landscaped bulb-outs.

Initially, the project concept was poorly received by many in the community, who were concerned that the lane elimination would cause long delays. State and local data, however, show tremendous improvements in both safety and mobility, including a 66 percent decrease in bicycle and pedestrian crashes, a 75 percent reduction in severe-injury and fatal crashes, and a roughly 50 percent improvement in travel times along the corridor. Additionally, business owners report an uptick in economic activity.
With the demonstrated success along Wilton Drive, the Broward MPO has moved forward with the implementation of other projects identified in the CSMP and regularly conducts walking audits to engage community members early in the process. Eight projects totaling $4 million identified in the CSMP have been added to the FY 2025 budget for feasibility, while another 12 ($76 million) have been added to the Multi Modal Priorities List. 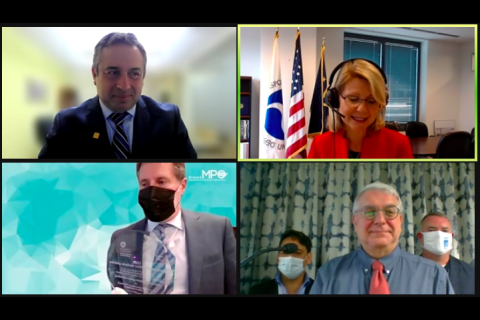 FHWA Associate Administrator for Safety Cheryl Walker presented the Broward MPO with its Award during the virtual ceremony October 6th.